It’s clearly one of the finer moments in the career of an advertising creative – getting an email from Clio with an invitation to one of their juries. After all, this is one of the best shows on the planet.

There was just one small problem when I received my invitation in spring. I had no idea where on earth they were inviting me to. Sanya, China. I do claim that my knowledge in geography is way above average, but I admit I had to go look it up.

If you do too, look all the way on the southwestern side of China, near Vietnam. There’s an island called Hainan, and on the South of it, you’ll find Sanya.

But this isn’t about geography or about travel, it’s about judging Clio, and why it’s such an outstanding jury experience. Still – the location is the key to one of my personal three top reasons:

If there is a reward for all of the hard work that it takes to have a decent career in advertising, this is it. Instead of putting us up in a hotel somewhere off Broadway, the folks at Clio sent us to a place that’s guaranteed to give every juror a trip of a lifetime.

Granted, it’s a very long journey, and my 16 hours are way shorter than most of what the others had on their itinerary. Someone stole my chocolate truffles on the plane (apologies to my fellow jury members), I had a massively messed up transfer in Beijing, I landed in Sanya annoyed, tired, and sweaty. But when I stepped into the hotel, all of that simply washed away. 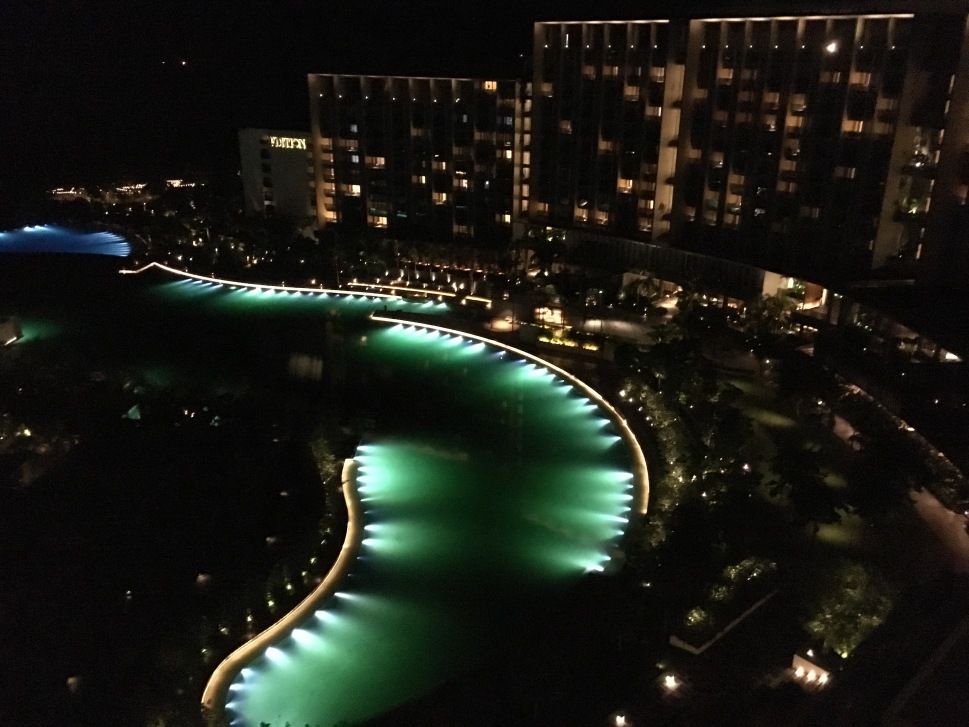 First night in Sanya – not bad for a view from the bar.

The Sanya Edition is an incredibly classy place. Elegant, spacious rooms, really great food, and impeccable service. I actually had second thoughts about whether I should be getting into detail about this aspect – but the Clio team encouraged me to do so. They say it’s simply something the Clio management thinks they owe to all of the high level creative people that spend three or four days in the jury rooms.

And if you think about the fact that work doesn’t just wait for all of us until we get back, and that we all need to keep working on top of the jury duty, it seems at least reasonable that we do this in a place that is classy and comfortable. 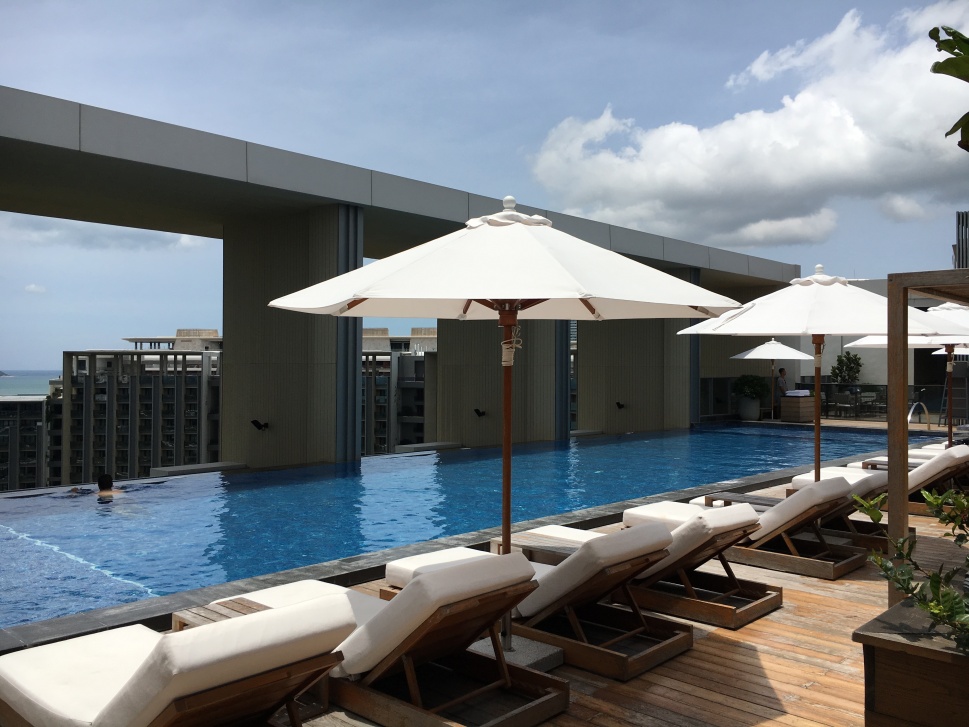 After judging: Nice if you have half a day left to enjoy the rooftop pool…

The support and company of the Clio team adds a lot to this – the great care and attention that the jurors get makes you wonder why you didn’t really get much of that at that other big festival. Which more or less leads to reason number two:

Nice people select nice jurors. At least that’s one of my conclusions – because all of the people that were selected for the juries were genuinely friendly and professional folks. We all know what it’s like when juries are studded with people that put their ego first – none of this happened here. 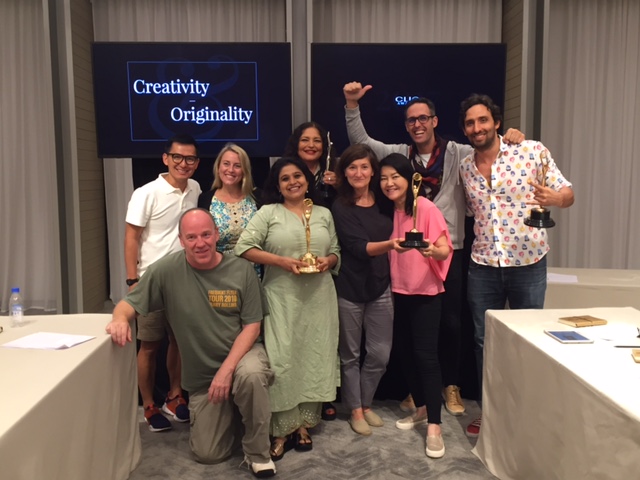 The Print and Out-of-home jury – a carefully selected group of very fine professionals.

Clio is the perfect example that you get great juries when you don’t just collect a bunch of big names, but also look at what kind of personalities are going to be sitting at the tables. It’s obvious that the selection process at Clio is better than that of most of their competitors.

Not that there weren’t any disagreements. Every jury has plenty of arguments – but this time, they were all conducted with respect. Which makes the social side of such an experience a lot better too. Great times at the dinner table, wonderful conversations at the bar, and plenty of opportunities to exchange tales, memories, and business cards.

Talking about business – that’s the third reason on my list. The business of judging.

One of the downsides of one or the other show we’re judging is simply the amount of work to be judged. Judging Cannes can be tedious simply because everyone seems to send everything to France, and there is a lot of mediocre work you have to fight your way through to get to the really good stuff.

For whatever reason – this doesn’t happen at Clio. Not only are they able to distribute the amount of work in a way that gives jurors a chance to take a proper look at every piece – we also didn’t get much stuff that made you wonder if someone desperately wanted to throw money out of the window.

People know that a Clio is hard to get. It seems that the first round of judging is done in the agencies already. No one hopes to land a lucky punch. It all does make for a much more enjoyable judging experience.

And then there’s the judging system. The IT department at Clio has come up with a solution that combines great and simple structure with quick and intuitive navigability. Browser based, and backed up by servers to not be dependent on download speeds – not a single system crashed, and every bit of information was available immediately. Perfect.

Some of the rules at Clio are a little different and need a short moment to get used to. But they make sense. Lots of award shows allow you to bring back work that didn’t make the first round – Clio doesn’t. We tend to think that we should be able to make people aware of work that might have been “overlooked”. But in my experience, most of that work then still gets rejected, and it’s often seen as a chance to push work for personal reasons.

It does leave you exhausted – three days of judging, six hours of time difference, while keeping the business going from the other side of the planet does take its tool. Not to mention the wonderfully intense conversations and the drinks that go along with them. But no one in his or her right mind would even think about complaining. Even if flying back home turns into another 26 hour experience with great new insights about Beijing airport. But this time I didn’t have chocolate to steal, and I returned full of positive vibes after five days with a bunch of wonderful people.